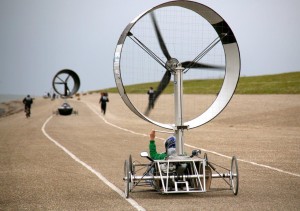 Though sailing and landyachting are both considered never to be straight into the wind, stranger things happen on the
Den Helder shores.

The track is a 5.3 kilometers seawall on the boundary between land and the sea, which runs from Huisduinen (a former fishermens village) to literally Hollands’ last stop before the Northsea: Lands End in Den Helder. Participants will have to ride their unique, custom designed, built and tested WPVs’ straight against the wind on the (slope)side over the seawall. 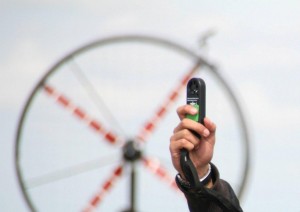 The challenge is not only to build the fastest vehicle but also to use the most modern materials and the latest wind technology. The designs vary from a horizontal axis to vertical axis and to turbines utilizing the venturi effect. But they all drive against the wind. Because of the high quality of the technology used, this event has proven its value for the development of wind technology.

The wind cars build by the student teams evolve more and more into ingenieus, technological tour the forces. Obviously, the latest calculations and innovative techniques to extract energy from wind are being tested in the race. ‘What’s also a vital aspect of the race and reason for colleges and universities to attend, is that winning demands working together. Stirring the car, thinking about the technique to get the blades rotate and aerodynamica; many different disciplines add up to the ability to design and drive a 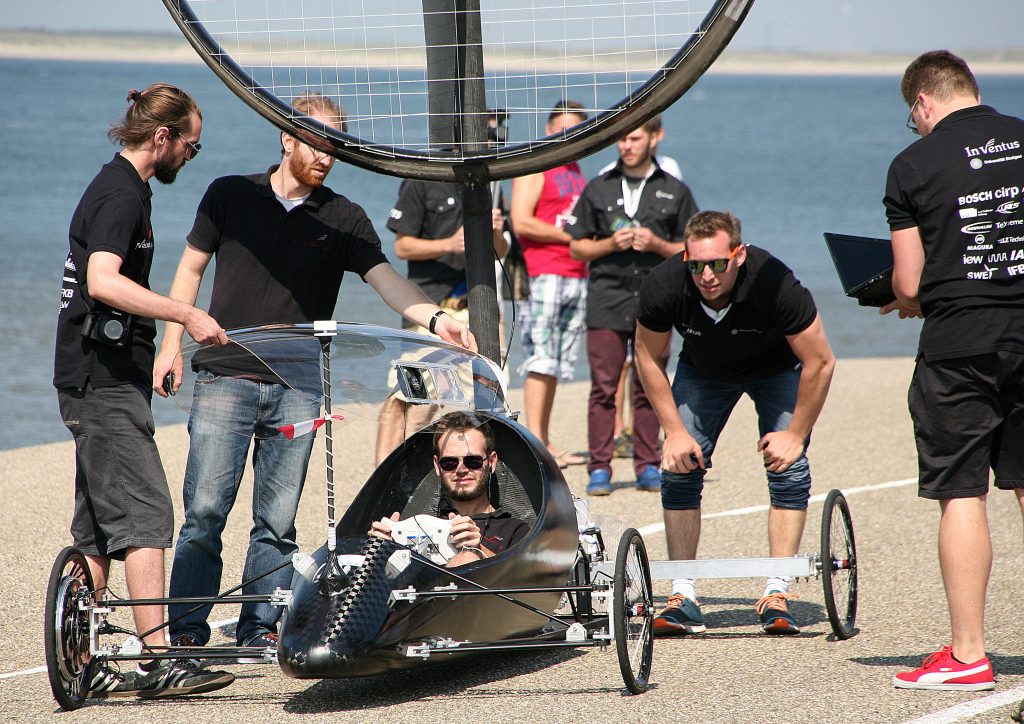 winning car. Students will also be credited for their ability to work together. During the whole week teams can learn from each other, and even providing assistance to each other by improving their vehicle. It’s a sportive and intellectual challenge’, chairman of the organising foundation WEE Hans Verhoef says.

Verhoef is outspoken in explaining the organisations goal: ‘We look forward to continually challenging the high tech boundaries, which makes racing against the wind possible and welcome new (world) records! It’s definately possible to race harder than the speed of the wind itself. Here, on the Dutch sea dyke, in the city of Den Helder, it might just happen!

The publicity in past few years was enormous. Some teams even brought their own film crew for their national television, like the German team Emden Leer in 2013. Several Dutch television stations, like SBS6 Hart van Nederland covered the event too: 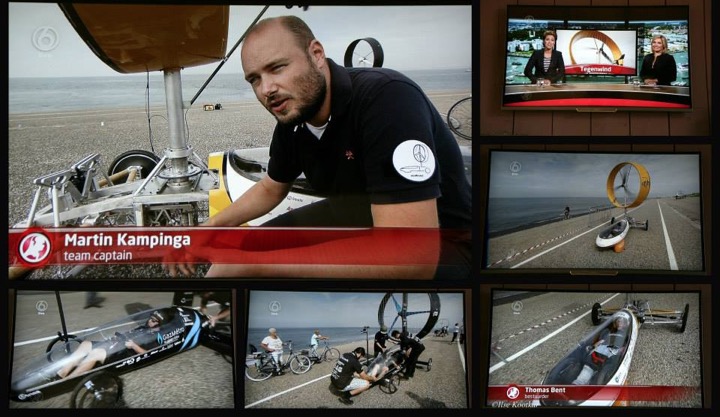