DEN HELDER – ‘We’ve been saying for nine years now, that we want to beat the hundred percent, this year we made it happen!’ Mac Gaunaa from the Danish team DTU is extremely happy. Team member Robert Mikkelsen finished with a ratio of an amazing 101,76 percent against the head wind at the Sea dyke in Den Helder, The Netherlands. The Danish have proved something that many thought was impossible. With a total of 38 races, the team scored an average ratio of 92,59%. That also made them, just as in 2015, the winner of Racing AeolusDen Helder 2016 Cup. 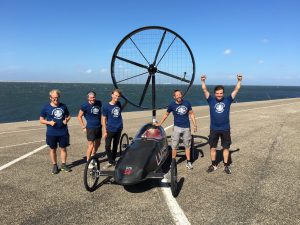 For the organising Wind Energy Events this is a great accomplishment. ‘We have always claimed that racing against the wind faster than the head wind itself, is possible in Den Helder. However, when that actually does happen, we of course are extremely happy and proud’, says Hans Verhoef, chairman of the organizing foundation. ‘Mostly, this is an encouragement for these and other 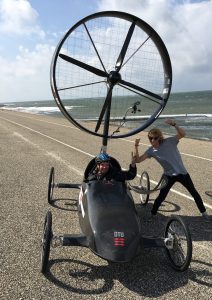 students of international schools and technical universities to continue to innovate. Obviously, it is always possible to extend technological boundaries.’

Saturday best racing day
Racing Aeolus completely depends on good winds. There was hardly any wind during the preliminaries on Friday, August 19. Also, a couple of the seven international teams faced a few issues with their total of eight cars. Saturday however, really made up for everything. With an average wind speed of approximately 8 – 11 meters per second, almost all the teams were able to race and set some good results.

Valuable experience
Not all the teams are able to set a world record, but this is not the only thing that matters at this sustainability event. Cooperating on technical solutions in order to race against the wind as fasts as possible, accomplish personal ambitions, improve results of previous years and, even help other teams out, make it a valuable experience as well for the students. Teams look forward to the races every year, next year it will be for the tenth time.

Results
For the final results, the races made on Thursday, August 19, a practice day, were also calculated. There was not enough wind on Friday, the preliminaries. Teams had to race at least three races on both days. Here you can download all the results.

Innovation award
The Gerard Broers innovation award was won by the Canadian team Chinook. They came up with a technique where they could turn the wheels sideways and therefore driving more efficient against the wind. Chinook will bring this award home for the second time in the three years of it’s existence. 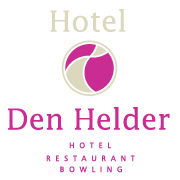