DEN HELDER – Ten Dutch and international teams will prove from August 20 through August 22 that they can use the head wind to have their hyper modern wind cars race against the wind. They will do so during the Racing Aeolus Den Helder, one of the world’s four largest sustainability races. Already for the 8th time at the sea dike in Den Helder. Will the fantastic world record of 96,91% by Canadian Chinook be broken?! 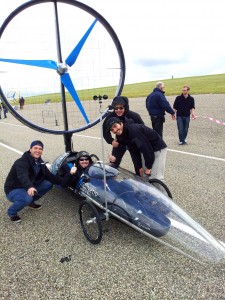 If that happens, something that is considered unlikely will occur: it is possible to drive as fast against the wind as the wind itself. All teams are again well equipped to make it a spectacle and are highly motivated to set a new world record.

e in this competition.

Gerard Broers Innovation Award
To set a world record, the teams have to be technologically extremely well prepared. Last year, the Gerard Broers Innovation Award was granted for the first time to the best performing team in this area. They knew how to apply 3-D printed parts and designed an innovative telemetric system. All teams will yearly improve their techniques which can lead to nice achievements.

Move beyond boundaries
Racing Aeolus is organized by Wind Energy Events. This foundation 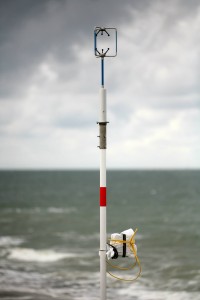 would like to see the teams to move beyond high tech boundaries and, make racing against the wind possible. It might just happen at the in general windy Sea dike Den Helder. Rugby Club Den Helder will take care of the teams and at the Hotel Den Helder they can use the atrium for last minute works and repairs.

Program
De races will take place on Thursday August 20 between 10.00 and 16.30 hours (practice day with official time measurement); Friday from 10.00 – 16.30 (preliminary) and Saturday from 10.00 – 16.00 hours (official race day). Because the results depend on good weather conditions, for the final results the best racing days count.

More information: www.windenergyevents.com I Twitter @RacingAeolus I Facebook: www.facebook.com/RacingAeolus. Results will be tweeted real time during the event.